Some people develop an excess of bacteria in their small intestine, bacteria that are normally restricted to other locations of the digestive system, such as the colon. This condition is called small intestine bacterial overgrowth (SIBO).

When overgrowth happens, symptoms can include:

In severe cases of SIBO, your small intestine may not be able to perform its usual role in digestion. This can interfere with your body’s ability to absorb nutrients, such as Vitamin B-12 because the bacteria are consuming them during their own metabolic process.

To determine why you have SIBO, your doctor may look for some of the common underlying causes. For example, in many cases, SIBO results from celiac disease, loss of normal stomach acidity, loss of normal immune function, or a motility disorder.

SIBO can also be caused by structural problems within your digestive system, or from the side effects of certain medications.

How do we diagnose SIBO?

Your doctor may also perform a breath test in order to diagnose SIBO. This simple, non-invasive test involves breathing into a tube before and after drinking a sugar solution. If you have SIBO, the excess bacteria metabolize the sugar to release hydrogen and methane, which are then detectable in your breath.

SIBO and irritable bowel syndrome (IBS) can both cause bloating, abdominal pain, diarrhea, and constipation, and, for some patients, SIBO is the root cause of IBS. However, it’s important to keep in mind that IBS is a collection of symptoms and it doesn’t always have a specific cause that doctors can identify.

Some IBS patients experience food sensitivities. However, if you’ve been diagnosed with IBS and haven’t responded to dietary changes, your symptoms may be caused by bacterial overgrowth.

How is SIBO treated?

Typically, your doctor will recommend targeted antibiotic treatment to treat the problem as well as addressing and correcting any resulting nutritional deficiencies. You may require sequential or combination antibiotic treatment and recurrence of SIBO is common. With treatment, many patients enjoy remittance of their symptoms within a few days. Repeat breath testing after treatment can confirm eradication. If you suffer from an underlying cause of SIBO, such as a structural or motility issue with your intestine, we will also initiate therapy for that. 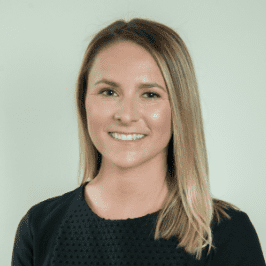